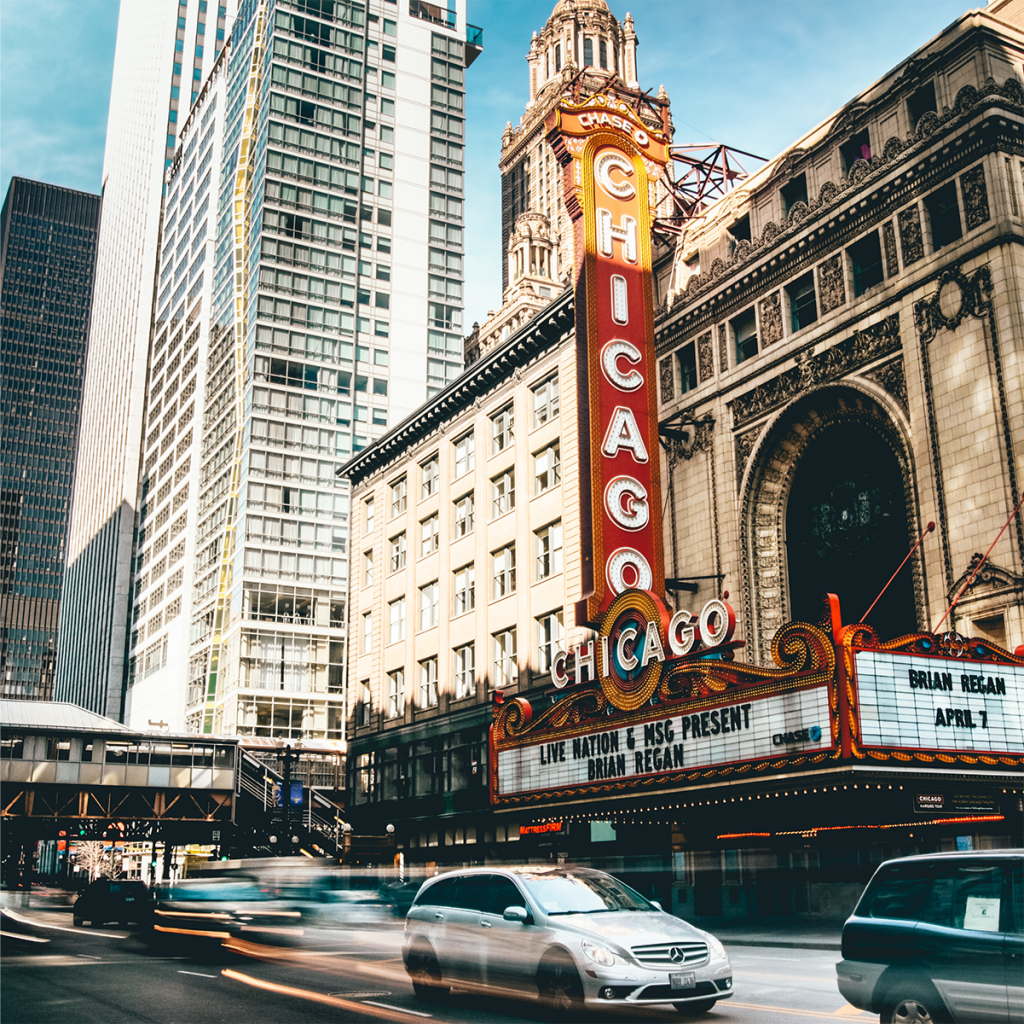 According to data from Auction.com, Chicago is home to 23 corporate headquarters. This number continues to grow as more companies are relocating from the suburbs into the city in pursuit of younger workers who want to live in the city.

As the largest city in the Midwest, Chicago has something for everyone.  The city has a vast choice of entertainment with more than 200 theaters and 200 art galleries.  Touring productions also visit the town regularly, mainly playing at the big theaters in the Chicago Theatre District.

Chicago’sreputation as a food mecca is well deserved as it boasts over 7,300 restaurants.  According to a report by nbcchicago.com, The 2020 Michelin Guide Chicago recognized more than 100 restaurants in the city with the Plate symbol, a designation given to restaurants that inspectors recommend for a good meal with fresh ingredients and careful preparation.

The Chicago Lakefront Trail is an 18.5-mile long path for walking, jogging, and cycling.  The trail connects Chicago’s lakefront parks and beaches to recreational amenities.

Chicago’s professional sports teams are second to none.  With two baseball teams, champion hockey and basketball teams, a football and a soccer team Chicago, has sports almost all year long.

Navigating through the city is an easy task, as the mass transport system of 129 bus routes and eight elevated rail (L) and subways are in place.  Chicago has one of the largest transportation systems in the nation.  The Metra commuter train rails help commuters connect from the suburbs to the city as it provides a fast and easy way to travel.

The great Chicago Fire of 1871 caused one-third of the city to burn to the ground.  Resilient Chicagoans rebuilt the town.  Post-fire, new construction was primarily in brick and stone, and brownstones became popular.  During the restoration the city saw its first skyscraper, a ten-story building that made Chicago known as the birthplace of the skyscraper.  The tallest building in the city is the 110-story Willis Tower (formerly Sears Tower).  Today, the city skyline is vibrant with color and has 119 skyscrapers.

Chicago homes include a fantastic array of properties.  As you travel through the city exploring the various neighborhoods, you will find rows of townhomes, single-family homes, vintage style homes, bungalows, and conversion of industrial buildings turned lofts, as well as condominiums.

Chicago is a bustling urban town with a diverse population of 2.8 million people who have helped shaped the city’s neighborhoods-77 different neighborhoods, each with its own culture and charm.

Whether you are considering luxurious living in a downtown setting or a more family-friendly area, chances are you will find a neighborhood that suits you.  Chicago has many pockets of affordability, maintaining existing affordable homes.  Explore our neighborhood guide to learn more.