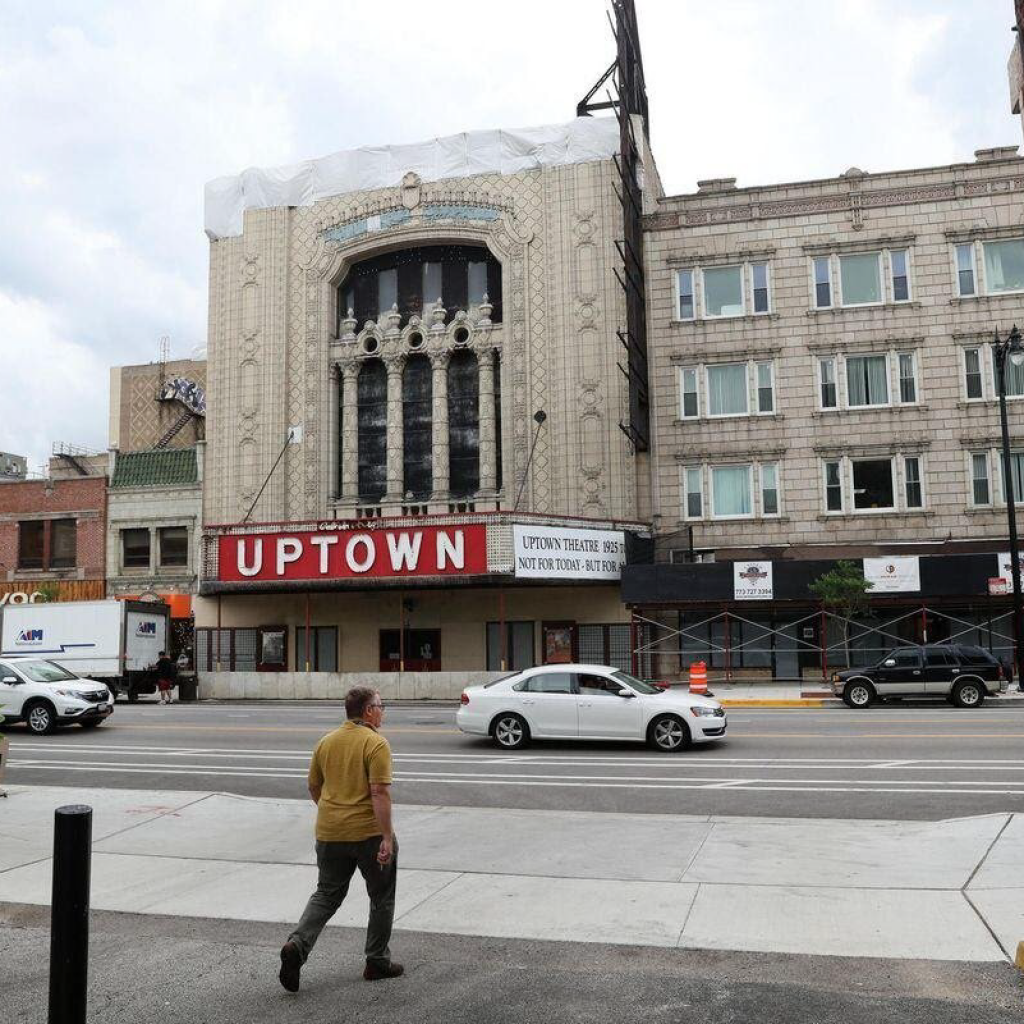 Uptown is a laid-back residential area on Chicago’s Far North Side, known for its trendy cafes, jazz lounges, and bars.

Uptown was Chicago’s fastest-growing neighborhood in the 1920s.  Originally, Uptown was part of Edgewater, but due to an economic boom, it became independent.  With its proximity to the lakefront, Chicago’s elite flocked to Uptown, and most of them never left.  As a result, large apartments and hotels were built to accommodate the growing population.

In the 1900s, Uptown was a movie capital.  More than 2,000 silent movies were made at Essany Studios.  Due to the harsh winter weather movie, executives fled to Los Angeles.  Today, Essany Center (1345 W Argyle Ave.) is part of St. Augustine College-it was declared a Chicago Landmark in 1996.

The roaring ’20s left their mark in Uptown.  The neighborhood boasts many bars, restaurants, dance halls, and theaters.  Theatres like The Aragon Ballroom, The Riviera, The Green Mill Lounge, and The Uptown Theatre (currently undergoing a $75 million renovation) still stand today. 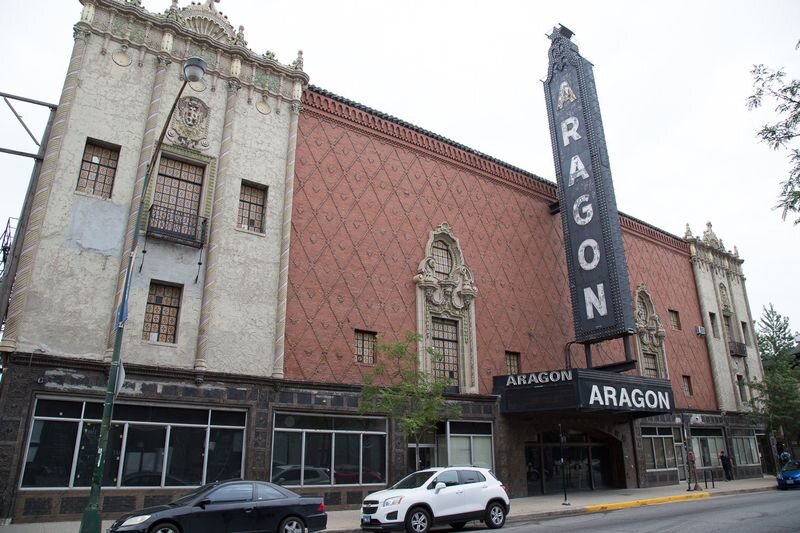 The Aragon Ballroom-known as the most beautiful ballroom in the world is a Chicago historic venue.  Over the years, Aragon has played host to concerts, movie/video productions, sports events, dances, and private events.  Frank Sinatra, The Grateful Dead, and Nirvana are just a few of the big names who have graced the Aragon Ballroom stage. 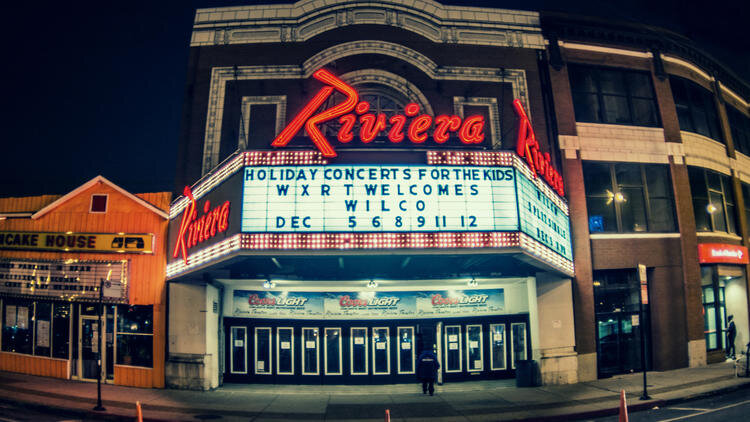 The Riviera is located in the historic Uptown theater district.  The Riviera Theatre remains a central part of Chicago’s past and present.  It has hosted many of the world’s greatest performers and entertainers throughout the years. 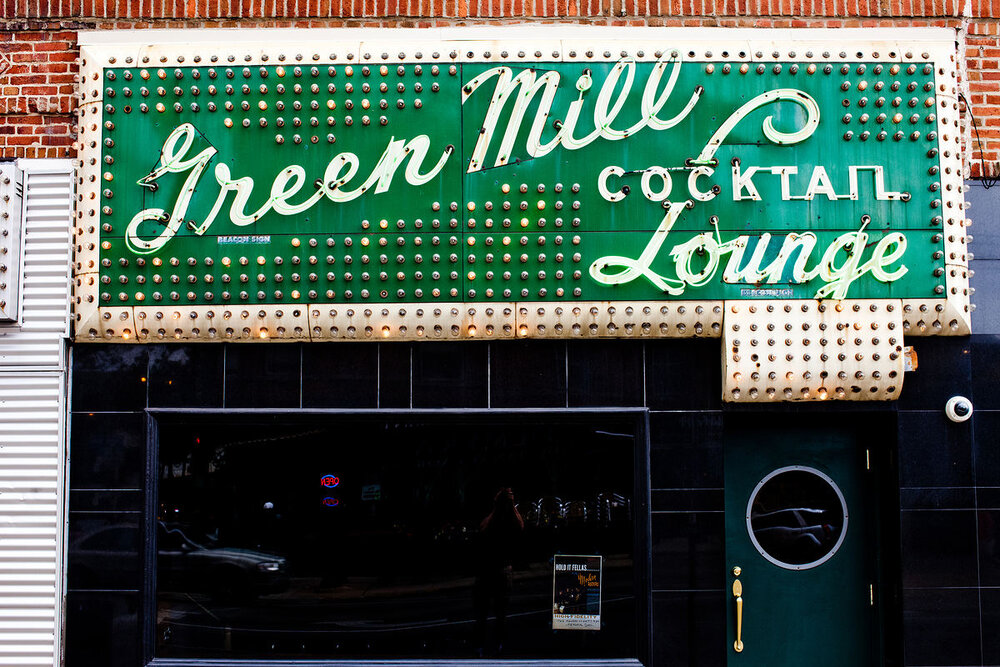 The Green Mill jazz club features swinging sounds from big-name artists and local talent offering late-night jam sessions.  In the ’20s, The Green Mill was a favorite hangout of silent film actors.  Notorious gangster Al Capone loved the place so much that his gang became part owner of the establishment.

Uptown is an epicenter for nightlife and entertainment.  Nestled between the repurposed historic buildings are trendy bars and restaurants. 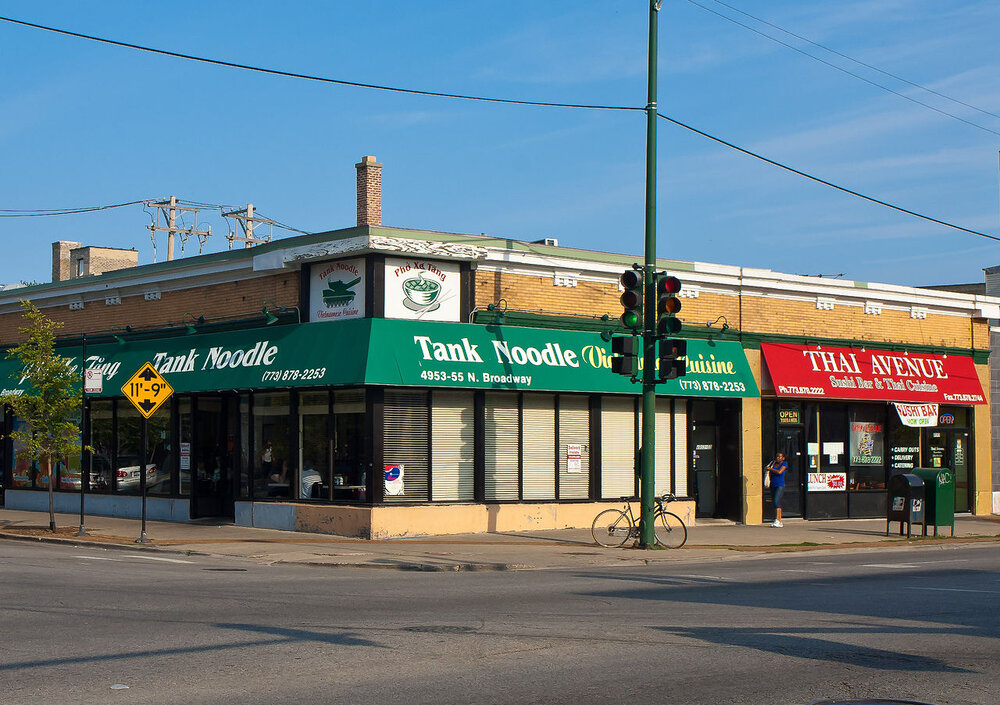 The West Argyle Street Historic District’s boundaries are N. Glenwood Ave to the west, Winona Street to the north, Sheridan Road to the east, and Ainslie Street to the south.  The district is known for its Asian influence.  A few notable restaurants include Pho Xe tang (Tank Noodles), who have a reputation for serving the best Pho in town, and Lao Sze Chuan, known for its Szechuanese food. 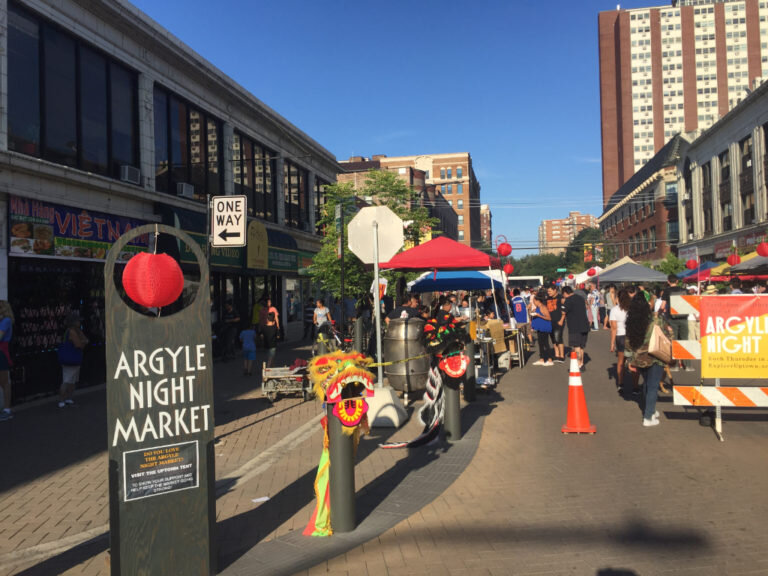 The Argyle Night Market is a great way to experience the restaurants on Argyle Street. The market is held on Thursday evenings from 5–9 pm, and it runs from July 10th through September 4th.

Uptown is home to the Famous Uptown Lounge.  The Lounge is a hip and intimate late-night local bar that features cool DJs and over a hundred beers.  Another neighborhood favorite is Fat Cat Restaurant and Bar.  They offer comfort food, beers, and cocktails set inside a 1940s décor. 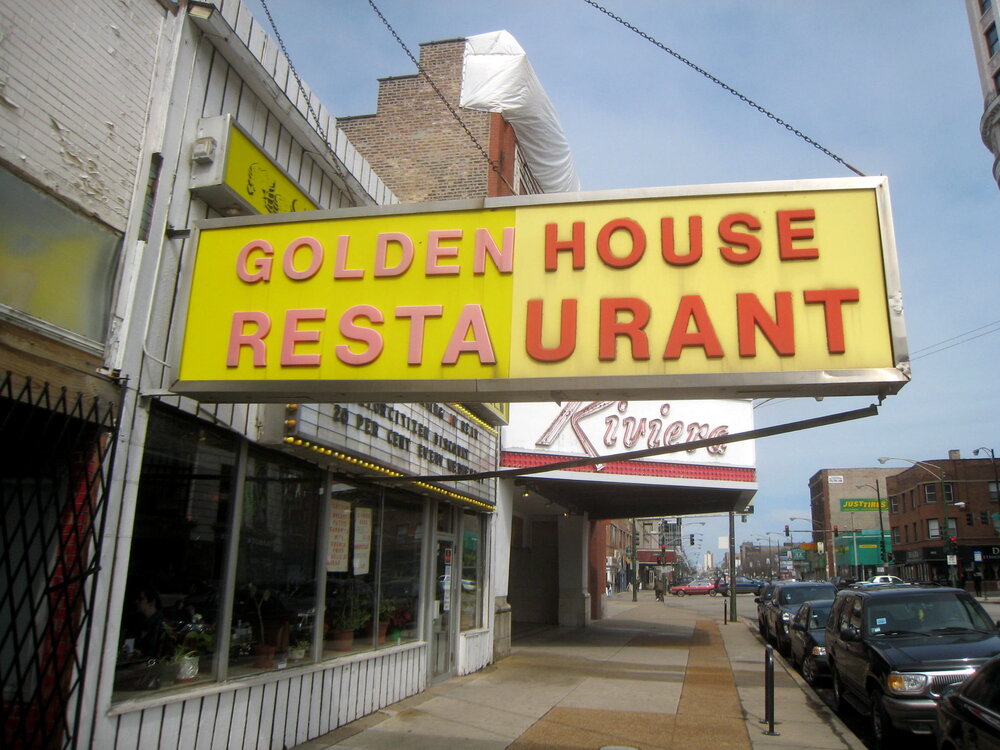 While exploring Uptown, you will want to pay a visit to the Golden House Restaurant.  The Golden House is an old-school diner spot serving up full breakfasts plus burgers, burritos & more.  The Menu is endless, and the food is precisely what you would expect to get from a diner-cheap and delicious! 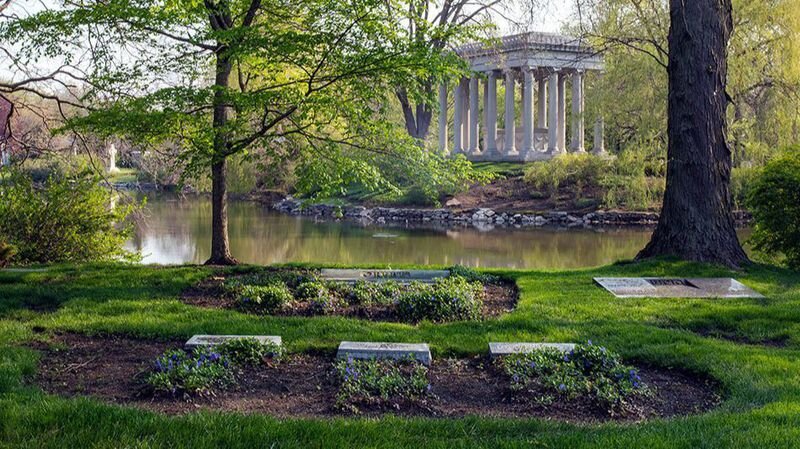 Graceland Cemetery is a 121–acre burial site that serves as the final resting place for famous Chicagoans.  Historical figures from George Pullman, inventor of the Pullman railway car, boxer Jack Johnson, and film critic Roger Ebert found their final resting place in this Victorian-era cemetery.  The cemetery has plenty of green space allowing visitors to enjoy some fresh air as they walk around admiring the elaborate tombs, mausoleums, sculptures, and Egyptian Revival architecture. 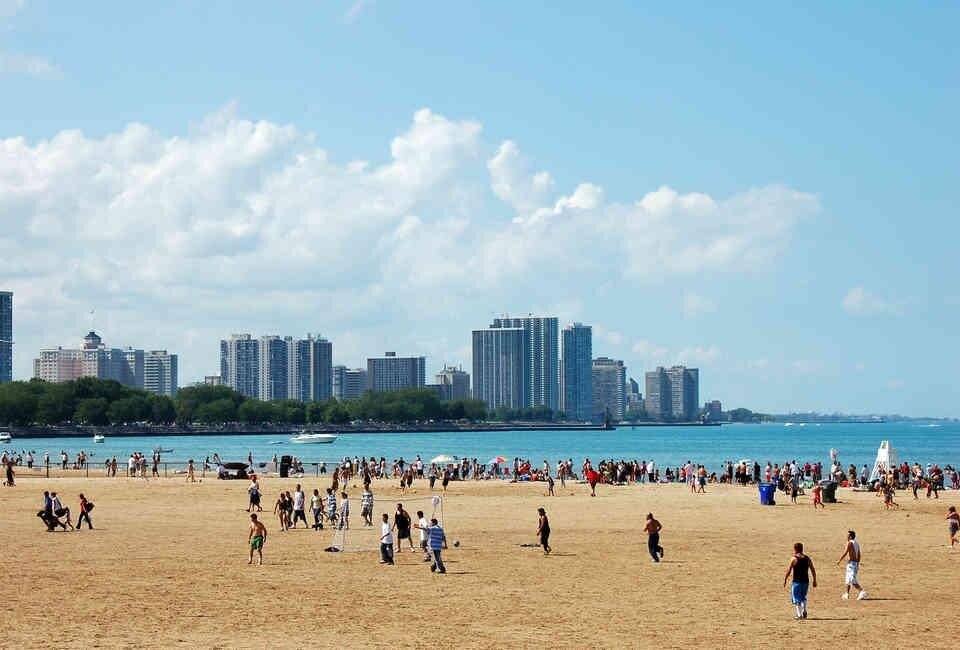 Montrose Beach is the gem of the Uptown neighborhood.  This famous beach offers patrons amenities such as food concessions, kayak, and volleyball rentals, showers, and restrooms.  There is a non-motorized boat launch, and a dog-friendly beach that is located at the north end of Montrose Beach.

Uptown is filled with landmark mansions as well as condominiums and an array of homes fitting most styles and budgets.  This neighborhood has become increasingly popular with young adults and middle-income families.

The mansions and apartment buildings that were built in the ’20s were converted into affordable housing.   It was an effort to beautify and salvage the heritage of the neighborhood.  Today, Uptown’s buildings have been renovated and restored to their original glory.

The average condo in Uptown spends approximately two months or fewer on the market-a rate that has held relatively steady for some time now.

The median price of a single-family home in Uptown is surging, recently reaching a high near $950K; this suggests that now is an excellent time for buyers to take advantage of Uptown’s home offerings before the numbers climb even higher.